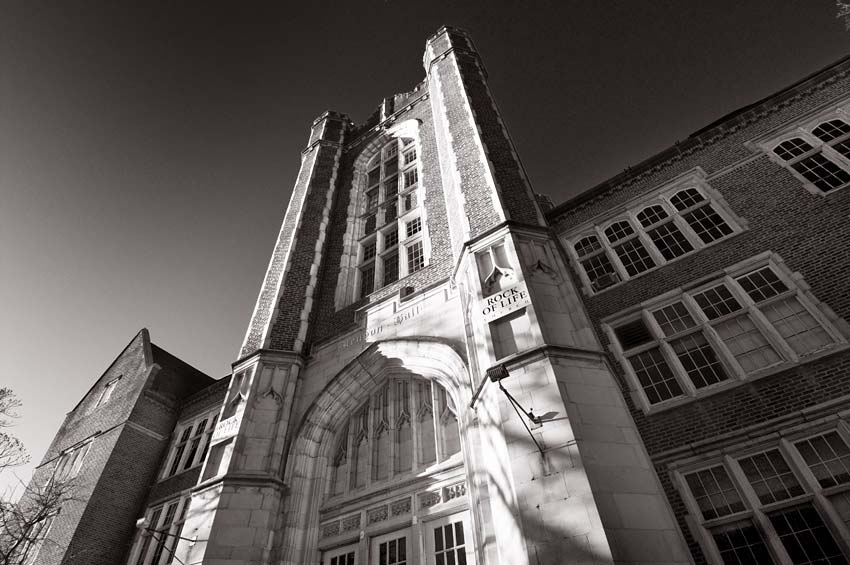 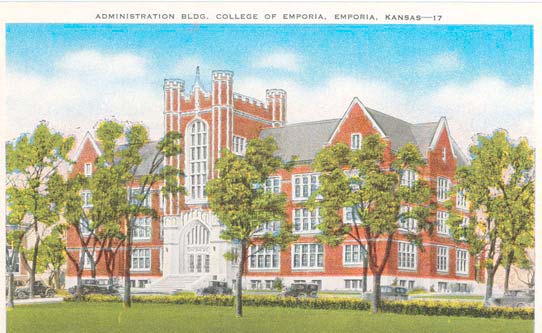 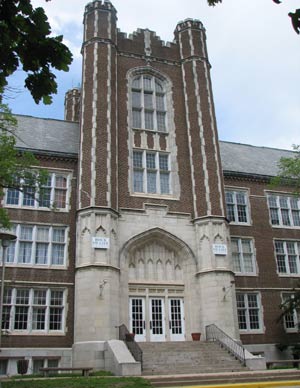 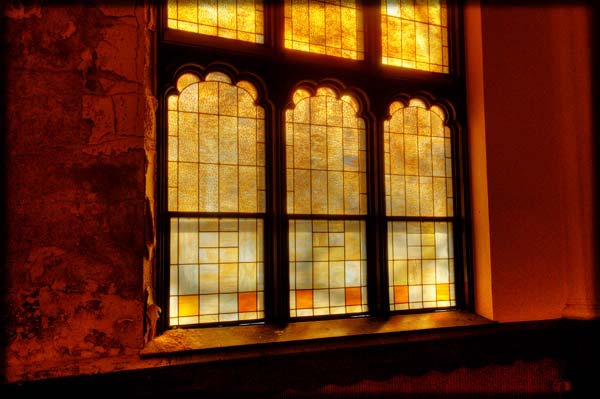 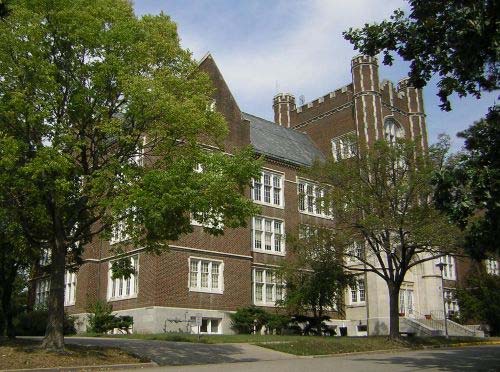 This development project involves the acquisition and renovation of an historic College building, and converting that building to accommodate 47 affordable apartment units marketed for people age 55 and better. The building will be converted into 23 one-bedroom apartment units and 24 two-bedroom units. Each apartment will enjoy modern energy efficient amenities that include individual central HVAC, refrigerator, range, dishwasher, and disposal, kitchen exhaust fan, plus central laundry facilities on each floor. The building also will have a number of common areas for meetings and recreation. 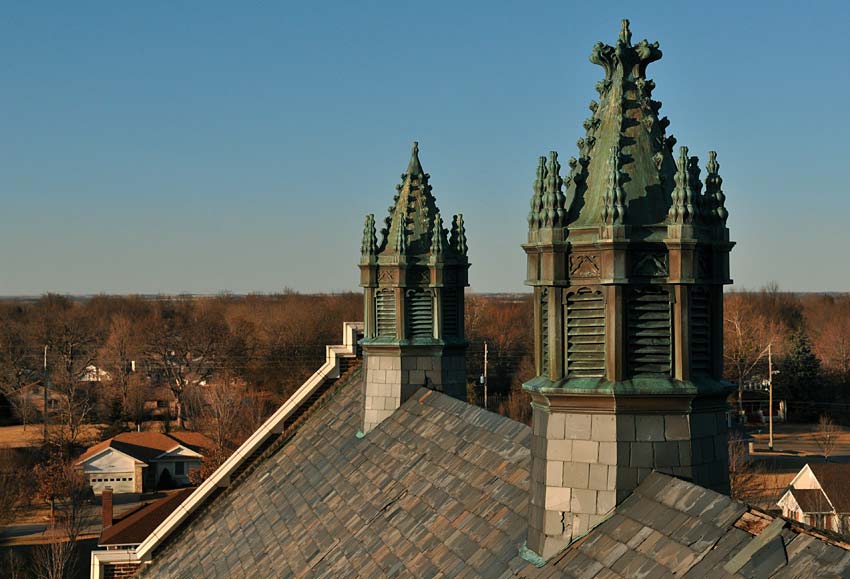 HISTORIC SIGNIFICANCE
Kenyon Hall has been a stately landmark on West Twelfth Avenue in Emporia since its completion in 1929. This building sets at the center of the old College of Emporia (C of E) campus, where in the early days of the city one could see both the Neosho and the Cottonwood Rivers from this knoll known as College Hill. Four buildings on the C of E campus were designed by architect, J. H. Felt (Kansas City, Mo): Lewis Science Hall (1914), Emporia and Dunlap Halls (men‚ and women‚ dormitories), and Kenyon Hall (1929). The two dormitory buildings and Kenyon Hall all shared the same architectural design ‚ adapted Tudor Gothic; however, since Emporia and Dunlap Halls were demolished in the early 1990's, Kenyon Hall is the only building of that architectural style remaining on the old campus. Kenyon Hall is the largest, and the second oldest building on the former College of Emporia campus. Anderson Memorial Library (next to Kenyon Hall) is listed on the National Register of Historical Places, and was completed in 1902. Kenyon Hall is an ever-present reminder of the historic College of Emporia‚ fighting spirit. When a fire in December 1915 destroyed the former administration building known as Stuart Hall, many people thought it would be the demise of the College of Emporia. Over the smoldering ruins of Stuart Hall a banner 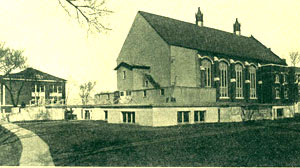 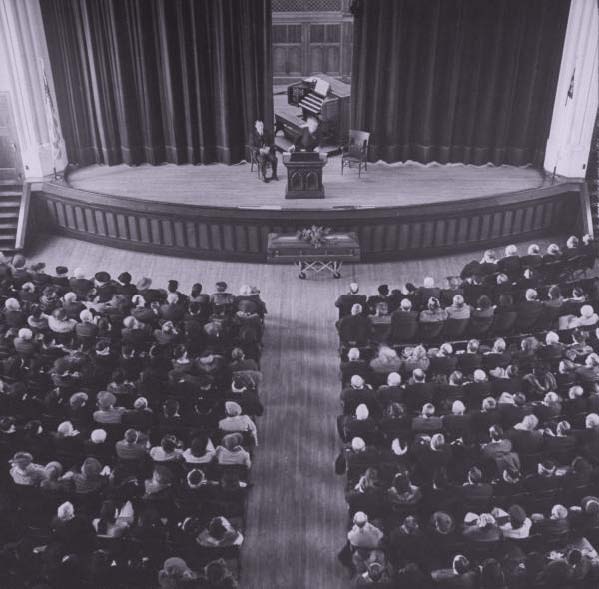 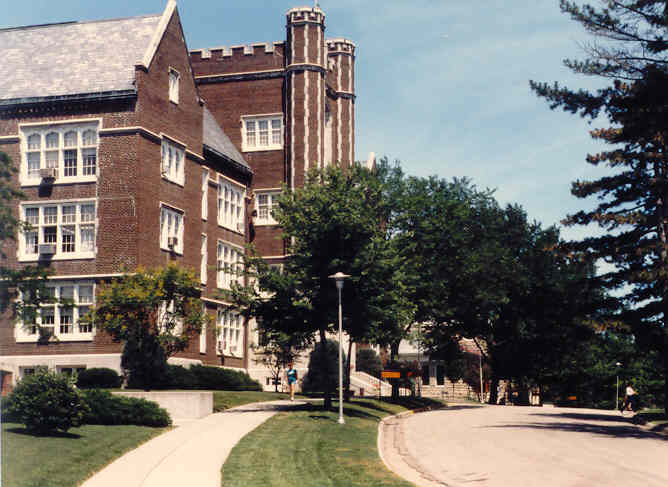 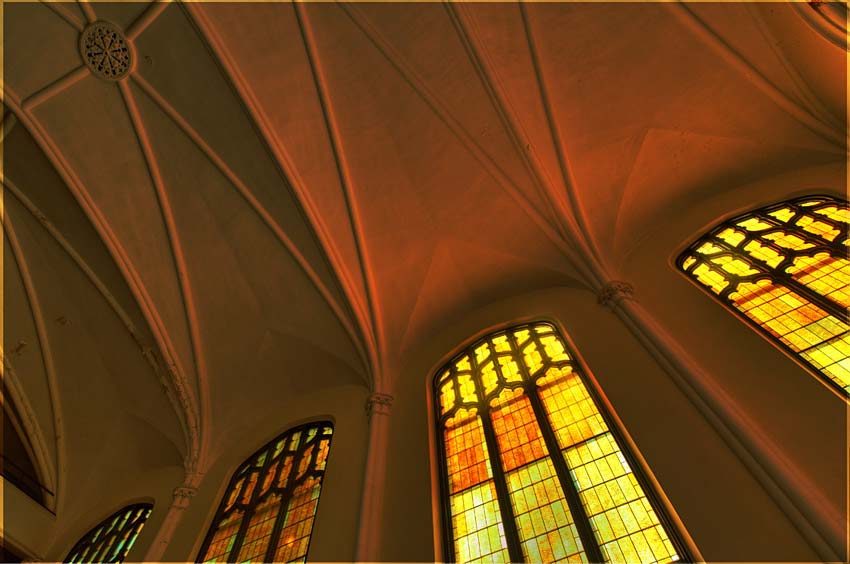 was hung by the C of E President, Henry C. Culbertson, that read "C. of E. Fights", and the college successfully fought back to build this beautiful structure demonstrating the secure future for the College. C of E faculty and students, local Emporia citizens, and even the faculty and students at Normal School (now known as Emporia State University) immediately started collecting funds to replace the C of E administration building. Emporia once was known as the "Athens of Kansas" because it had two outstanding universities, the College of Emporia and the Normal School, and Emporians since that time have liked being known for their academia. Final plans were approved by the building committee and bids were let for contractors in April of 1916. It was estimated that the building would cost $100,000, and would be equipped like no other college building. The building was to have a basement (garden level) and three stories. It was to be Gothic in style, was to be about the same size and appearance as the Stuart Hall building it was replacing, and would be built on the same location as Stuart Hall. As a result of the successful efforts and construction, Kenyon Hall became the heart of the College of Emporia. It was the center around which all activities of the College evolved. Kenyon Hall was a place where official college events were held Dedications, Music Festivals, Theatrical Productions, Commencements, Social Clubs, etc.). It also served as a place to share a soda with a fellow classmate at Presby Pete's snack bar. The chapel was a place of worship, which was part of the everyday life for all the students at this Christian college. It was used for Willam Allen White‚ Funeral in 1944. This building also kept the official records such as transcripts and alumni records. Financial transactions for the College transpired here, such as payments for tuition, room & board, and fees/charges. The Mail Room and Switchboard areas processed incoming and outgoing written and phone communications. It was truly a Campus Center. 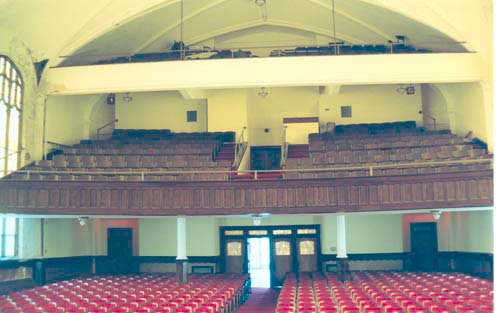 Kenyon Hall was the administration building for the College of Emporia (C of E). The building is a concrete and masonry structure with four levels (garden level, first, second, and third floors). The total gross area is approximately 64,000 square feet ‚ about 17,500 square feet for each of the lower three levels, and another 11,500 square feet on the top floor. The north end of the building (the right side in the photo to the right) originally served the Conservatory of Music. It housed the theatrical offices, rehearsal rooms, and dressing rooms. The northern and middle sections are the oldest parts of the building constructed in 1916-17. The middle section of the building is an auditorium space, once identified as Memorial Chapel. That auditorium reportedly seated approximately 1,200 people. A later report indicates the auditorium seated 900 people, but that change might be related to refurbished seating in the 1970s. The center photo provides a view of that newly renovated‚ auditorium as seen from the stage (circa late 1970s). These theatre seats have since been donated to the historic Granada Theatre that is undergoing renovation a few blocks away in downtown Emporia. the auditorium has a high vaulted ceiling. Reports indicate that vaulted ceiling originally was lit by four chandeliers. On both the east and west sides of the auditorium are beautiful golden stained-glass windows that certainly would have served the chapel well. Photos of the exterior and interior are included.

This auditorium once housed a 55 rank, three-manual pipe organ. The 55-rank designation indicated 55 different sets of pipes to make sounds for various instruments. As an example, the typical rank for the flute would include 64 pipes (for 64 different notes). The organ then would have another set (rank) to make an "oboe sound" and another would make a "trumpet sound", etc. The pipes were made of wood or metal (lead or tin). The three-manual designation indicated three separate keyboards would make up the organ console; but the organ console was sold several years ago, and only a few pipes remain scattered around the building. 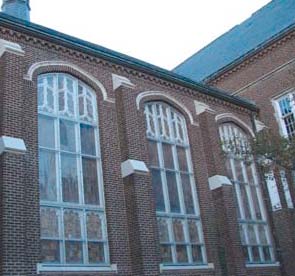 The front section of the building was completed in 1929. The first floor held several administrative offices: Vice President, Dean, Director of Admissions, Finance, Switchboard, Faculty offices, and a campus bookstore. The second floor housed additional offices plus some classrooms. The third floor housed seven larger classrooms. The building has a slate roof on the peaked areas, and asphalt on the flat areas. In the garden level of the building, earlier reports indicate there was an eight room area for the groundskeeper/caretaker to live on-site. There also was a housekeeping area, mail room, and sewing department, and at one time a banquet hall and a snack bar (known as Presby Pete's or C of Eats). 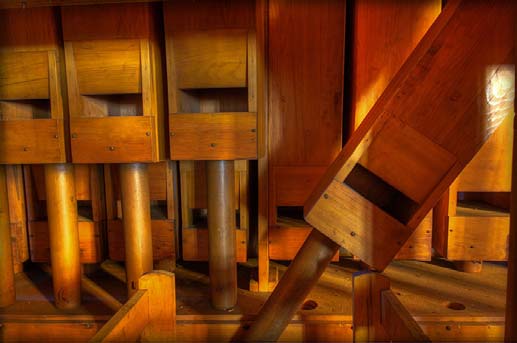 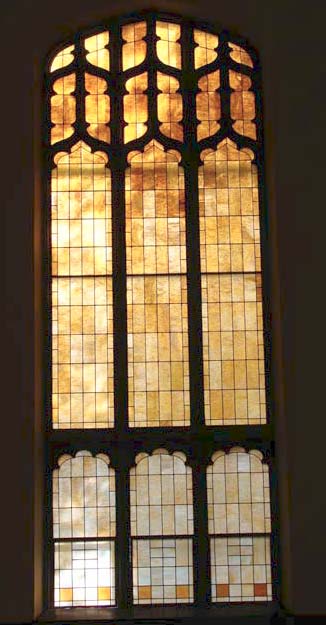 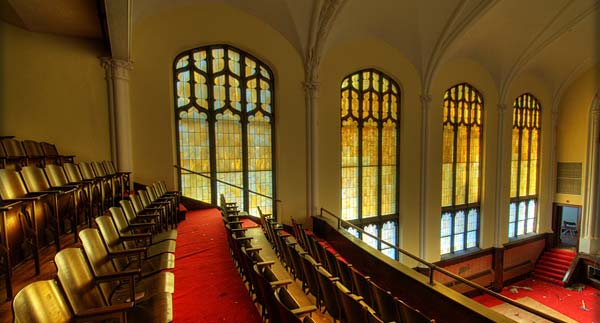